Audit Analytics reviewed the population of all auditor opinions filed with the Securities Exchange Commission as of July 6, 2012, to determine the number of going concerns (opinions qualified by an uncertainty regarding the going concern assumption).

As shown below, it is estimated that 17.7% of auditor opinions filed for fiscal year end 2011 will contain a qualification regarding the company’s ability to continue as a going concern. During the past 12 years, the highest percentage, 21.1%, occurred in 2008; and the lowest, 14.2%, occurred in 2000. The last 5 years represent the highest 5 percentages under review. 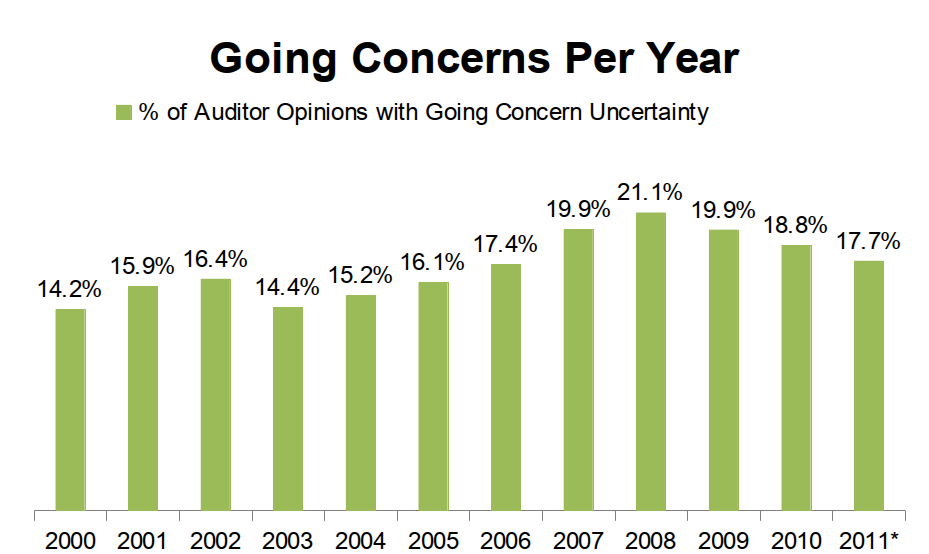