Audit Analytics offers a suite of data products covering European companies. With comprehensive databases of Audit Opinions, Audit Fees, Auditor Tenure, Key Audit Matters, and Transparency Reports, we track over 6,000 companies listed on exchanges across all 31 countries in the EEA and Switzerland.

We’ve written a handful of posts over the past few months highlighting certain aspects of this data. In this post, we’ll look at some very high-level descriptive statistics of the population as a whole. (All of the data in this analysis is based on fiscal 2017 audit opinions.) 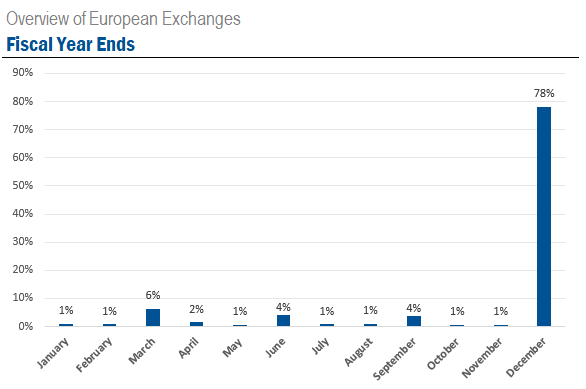 Next, we’ll look at how long it takes companies in various countries to issue their annual financial statements. The following chart, again based on 2017 audit opinions, shows the average number of days (by country of exchange) between the companies’ fiscal year ends and the signature date on their audit opinions. 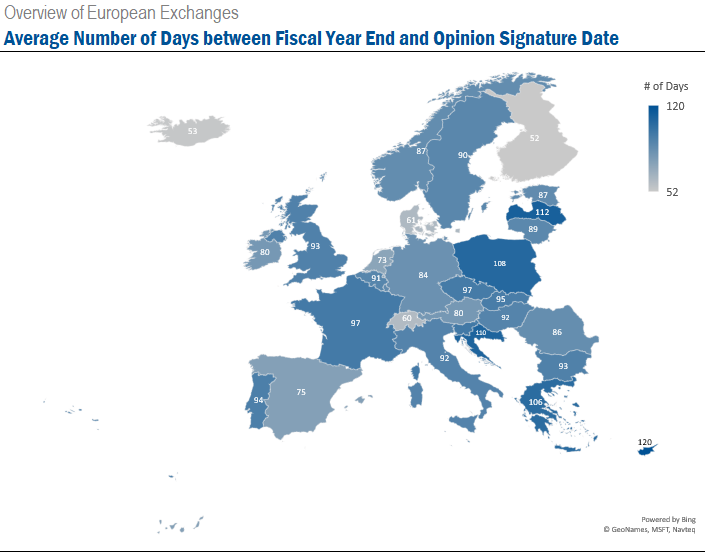 As you can see, the range varies greatly between countries. In Finland, auditors sign the opinion, on average, in less than two months (52 days). In Cyprus and Latvia, at the other extreme, auditors take an average of 120 and 112 days, respectively, to sign the opinion.

For more information about this post or our European databases, please call 508-476-7007 or email info@auditanalytics.com.