Benford’s Law, an arcane rule from the math books, is making something of a splash in the world of financial analysis.

The basic idea is this: in certain sets of data (the lengths of a collection of rivers, the populations of a set of cities and towns, etc.), a predictable pattern occurs. More numbers begin with the digit 1 than begin with 2, more begin with 2 than 3, and so on. In other words, the distribution of the first digit is not random, but instead logarithmic.

So, do figures in financial statements correspond to Benford’s Law? The answer is a resounding “yes”. Research has made a more rigorous case, but the following chart and table should suffice to convince all but the extremely skeptical.

We looked at the first-digit distribution of Russell 3000 fiscal 2015 financial statements and found that, in the aggregate, the distribution is almost a perfect match with the predicted distribution. 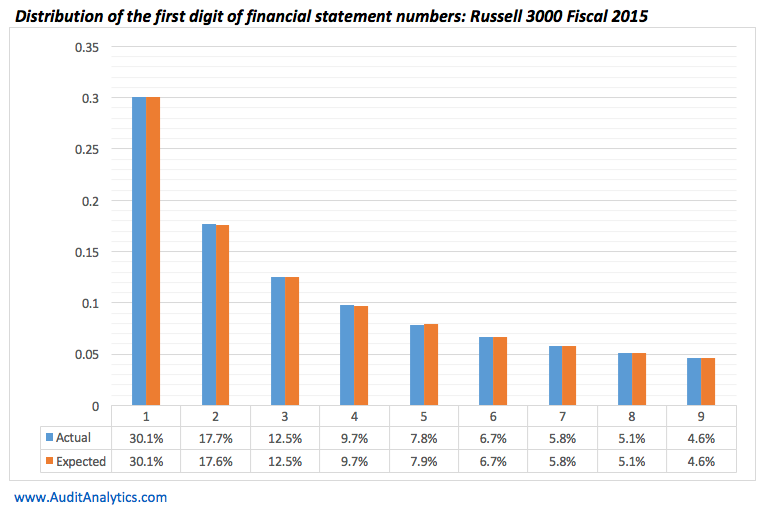 So what does this mean? Well, if a company’s financial statements deviate from the expected distribution, it could be a sign that something is “wrong” with the numbers. Research along these lines has found some promising correlations.