Taxes, as always, are on the minds of executives and lawmakers alike. Several months ago much of the discussion surrounded Indefinitely Reinvested Foreign Earnings, which was covered by Audit Analytics here. Lately the conversation has switched, and corporate inversions are all over the news. An inversion is when a domestic company relocates to another country, usually through a merger with a company already based in the other country.

Rep. Sander Levin, ranking member of the House Ways and Means Committee, recently introduced a bill entitled “Stop Corporate Inversions Act of 2014”, which seeks to make the corporate inversion process more cumbersome by implementing tougher guidelines. This includes a higher threshold for foreign company stakeholders and more stringent foreign operation requirements. A report by the Joint Committee on Taxation estimated that the bill would save the US roughly $20 billion dollars over 10 years.

Not everyone sees corporate inversion as yet another erosion of the US tax base, though. Robert Barone of Forbes argues that the inversion process has become misconstrued in his article “The Misunderstanding of Corporate Inversions.” Barone explains that the main difference between taxes paid by foreign and domestic companies is that domestic companies pay taxes on foreign-earned repatriated income. Foreign companies do not pay income taxes on income from foreign operations that they bring to the United States. By moving overseas, the argument goes, corporations will actually be able to invest more money in the United States.

Rick Gonzalez took this line of thinking a step further. The CEO of AbbVie Inc., an Illinois based Bio-pharmaceutical company that is in the process of inverting, recently shared his more optimistic view of inversions in a 425 Filing:

“Much has been made about inversion in the public.  Some say companies that invert are corporate tax dodgers or un-American, or un-patriotic.  I think just the opposite is true.  This business transaction will make it easier for us to invest in America and for America’s future.”

No matter one’s views on corporate inversions, the fact is companies are relocating, or planning to relocate, at a greater rate than ever before. Over the past five years, roughly 19 formerly US-based companies have moved their domicile abroad,1 and Ireland has become the main destination, thanks largely to its low corporate tax rate (12.5%) and a tax exemption for foreign earnings. 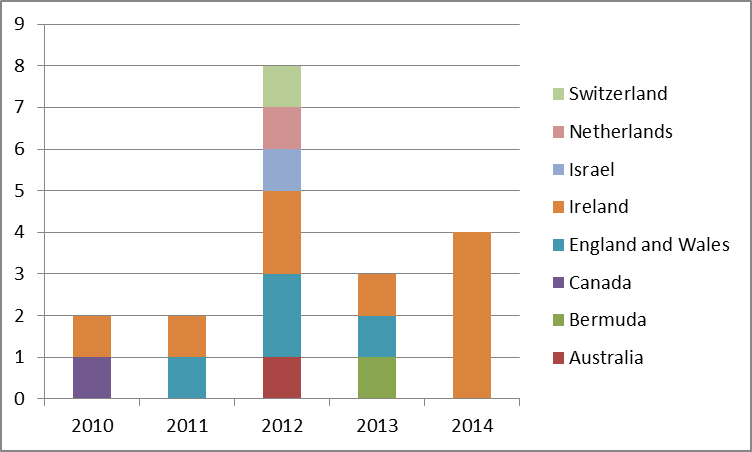 In addition, at least nine companies have indicated a desire to move their headquarters, including the above-mentioned AbbVie, Medtronic and, most recently, Burger King. Burger King is seeking to acquire Canadian fast food company Tim Hortons, according to the Wall Street Journal. Tim Hortons initially incorporated in the US in 2006 (after its merger with Wendy’s), but inverted back to Canada in 2009. 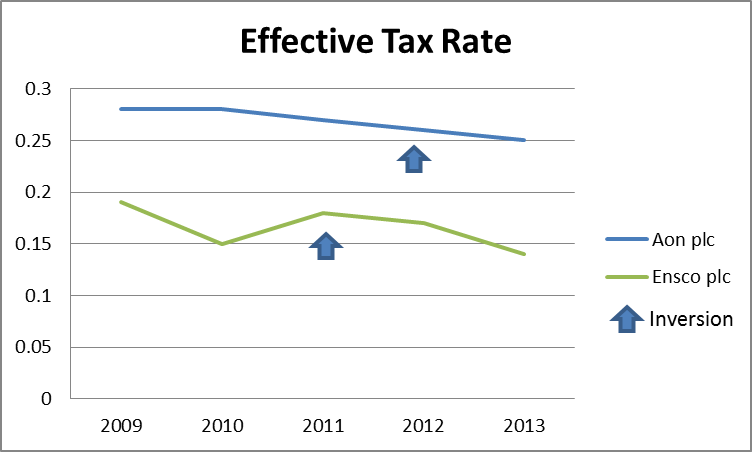 As long as companies see incentives in moving their headquarters aboard, corporate inversions – and reinvested earnings, and tax shelters, etc. – will persist. A strong piece of legislation such as Rep. Levin’s may be able to deter some companies, but as ever most will likely find a way around the legislation, given a strong enough incentive. With the world economy becoming more globalized every year, it becomes increasingly easy for multinational corporations to move their headquarters to another country. It seems that either there is a revamp of the US corporate tax structure that more adequately balances the needs of corporations, individuals and the government, or inversion deals and other tax-avoidance activities will continue to persist.

1. Dates based on security termination dates (Form 15-12) or the first SEC filing with the foreign address.~