Overview
There were 33 initial public offerings in U.S. markets in the fourth quarter of 2016, representing a decrease of 25% from the same period last year when there were 44 IPOs. The total amount raised this quarter was $7.8 billion, only a slight decrease from the $7.9 billion raised last year.

Coincidentally, there were also 44 IPOs in Q3 2016, raising about $7 billion. Of note, the total amount raised this quarter increased by $0.8 billion (11%) even though the number of IPOs decreased by 25% compared to last quarter. 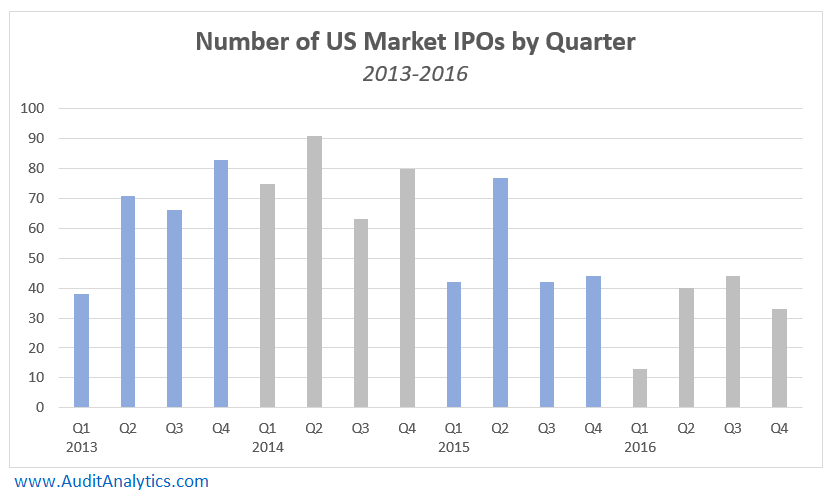 In the third quarter, EY led the way with 24% of new IPO companies. PwC and KPMG were not far behind.

For the whole year, PwC was in pole position with 26 IPO clients. KPMG and EY were not far behind tied at 23.