Shareholder activism has been in the news lately, and activists have increasingly targeted companies with market caps greater than $1B.

Daniel Loeb, founder of hedge fund Third Point, LLC, has been a prime player. Earlier this year, Third Point sent a letter to the board of Yahoo! Inc. asking for changes in management and in the composition of its board of directors. Third Point, with $9B in managed assets, ultimately saw its founder Daniel Loeb elected to the Yahoo! board.

Loeb also suggested a breakup of Murphy Oil ($10.7B market cap) in the prior month — a move that led to management’s decision to spin off a subsidiary.

Investor Carl Icahn has shown a similar propensity for activism. His potential takeover of Netflix, Inc. (market cap $4.4B) prompted the company to adopt a “poison pill” rights plan on November 5th. Similarly, Icahn was involved in a reconfiguration of the board of directors at Chesapeake Energy Corp ($11.2B market cap).

An analysis of SEC Form SC 13D provides some insight into this trend. The form provides transparency about a company’s largest shareholders who have elected to retain the right to take an activist role. Audit Analytics recently reviewed the 14,663 filings submitted from 2005 to 2012 for Russell 3000 firms.

In fact, Mario Gabelli’s asset management firm GAMCO Investors, Inc. ($1.3B market cap, $36.9B in assets managed) was the most frequent filer of Form SC 13D in each of the seven years studied. 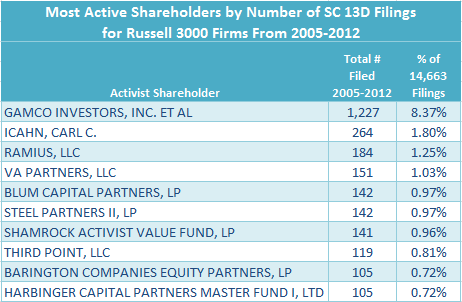 Further analysis shows what percentage of each shareholder activist’s total filings contained a reported intention to change or nominate a board of directors. For instance, Icahn filed an SC 13D 264 times over the seven-year period reviewed; of these 33 filings (12.50%) contained such an intention. 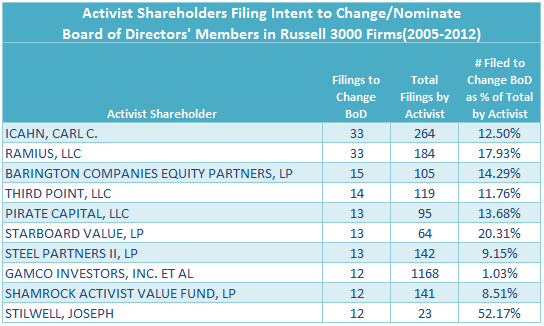 Fig. 2: Activist Shareholders Filing Intent to Change Board of Directors

The data also shows that shareholders are increasingly seeking to change or nominate candidates for the board of directors, as depicted in Fig. 3, below. Whereas filings regarding board composition comprised 3.42% of all Form SC 13D filings in 2005, the number of such filings rose as high as 7.72% in 2009, and currently sits at 7.04% for the ten months analyzed in 2012. 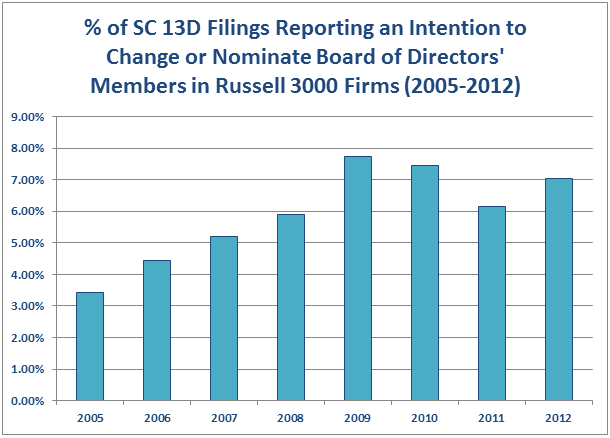 Fig. 3: Filings With Intent To Change Board of Directors

Not surprisingly, shareholder activists who most frequently file about a change to the board of directors are also likely to file reporting a concern with share price. Fig. 4, below, shows quite a few familiar names. 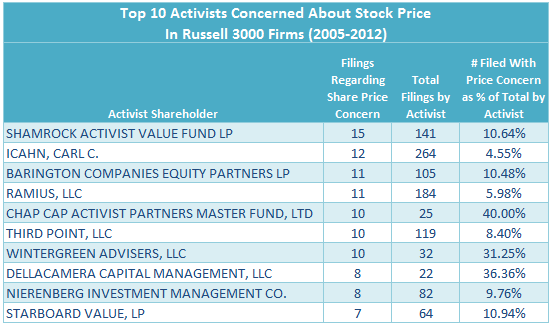 Shamrock Activist Value Fund, LP; Icahn, Carl C.; Barington Companies Equity Partners, LP; Ramius, LLC; and Third Point, LLC are among the top ten activist shareholders filing SC 13D forms, as well as the top ten activist shareholders with an intention to alter the board of directors. It is worth pointing out that four of the remaining activists in Fig. 5, below, have “concern about stock price” listed as a disclosure action, comprising over a quarter of each activist’s total filings for the period analyzed.

As one might expect, the 2007-2008 global financial crisis coincided with a spike in the number of filings reporting a concern about stock price. Fig. 5 reflects the sharp increase: whereas in 2005 only 0.67% of firms in the Russell 3000 reported such a concern, by 2008 the percentage had jumped to 4.99%. 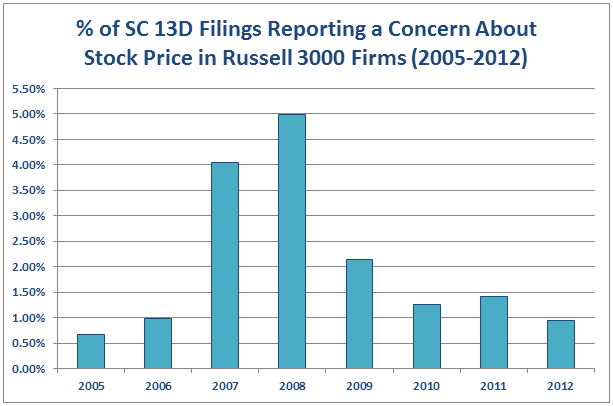 This number dipped to 2.14% in 2009, the year widely regarded as the end of the United States’ most recent recession. For the remaining three years analyzed, the percentage remained under 1.5% of total SC 13D filings.