The first few months of the year make up the “busy season” for accountants. Tax accountants, of course, have a glut of business leading up to April 15th. And for companies with fiscal years that correspond to the calendar year, financial statement preparers and their auditors also become inundated with work. But not all public companies have a December 31st year-end date. So, how busy is “busy season” for financial preparers and auditors?

The answer — very! As one might expect, roughly 71% of filers[1] have a year-end date on-or-around December 31st[2]. This far surpasses the second most common date of on-or-around June 30th, which is the fiscal year end of about 6% of filers. 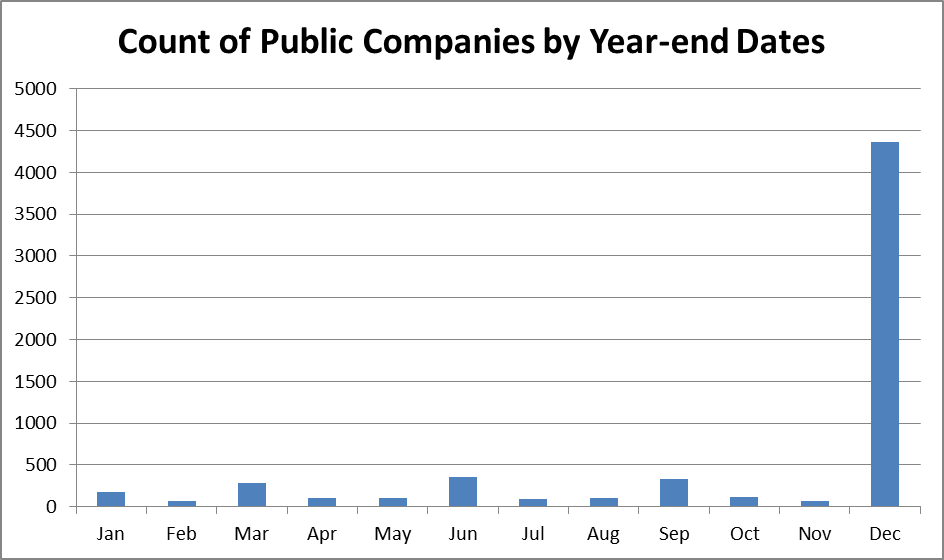 As one might have guessed, 12/31 is overwhelmingly the most common fiscal end date, but that between 25% to 30% of the companies in this population don’t use the calendar year end is a larger percentage than we expected.