Highlights from the report:

Non Audit Fees as Compared to Audit Fees:
In 2002, non-audit fees represented 51% of the total fees paid by research population of accelerated filers, but after three years of steady decline non-audit fees appear to have leveled off at about 21% of total fees.

Non-Audit Fees as a Percentage of Revenue:
During 2002, the cost of non-audit fees paid by the research population for every million dollars in revenue was $386. The data shows a steep decline, leveling off and then gradual decline between 2003 and 2012, with the 2013 figure the lowest value calculated for the twelve years under review: $126 for every million dollars in revenue. 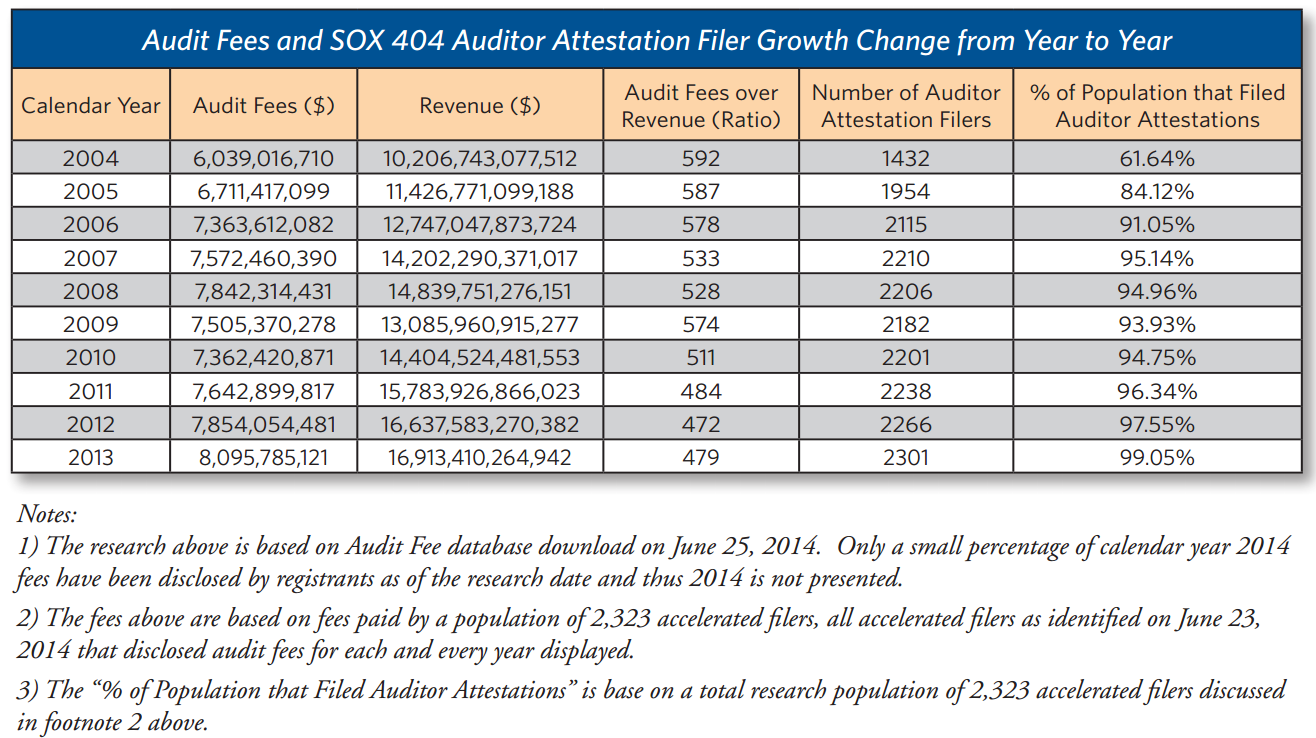 Subscribers may download the Audit Fee Report by logging into Audit Analytics and going to the Custom Reports section of the site.