For the third year running, BDO USA led the way in new SEC audit client wins among the major global and national firms. The Top 10 firm increased its net SEC client count by 17, gaining 42 and losing 25. That continues the firm’s impressive string of results, which saw net gains of 40 and 57 in 2014 and 2013, respectively. 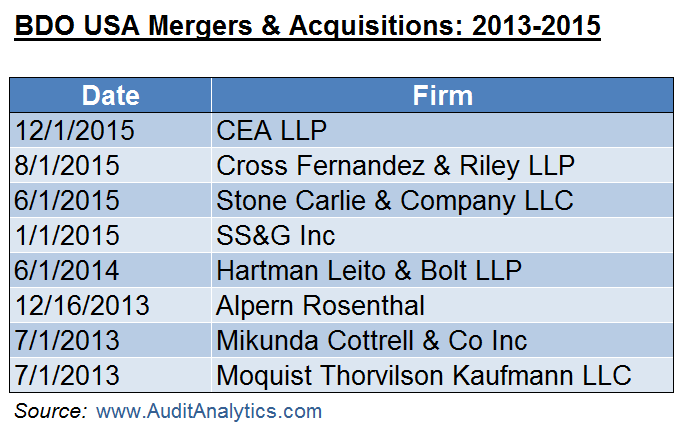 BDO USA has been active in the mergers and acquisitions market, as one can see from the table above. All told, the firm’s growth helped it to become the latest audit firm to top a billion dollars in annual revenue, and the global network topped $7 billion.

Marcum LLP was the other big winner in 2015, with a net gain of 15 new SEC audit clients. The Melville, NY firm was bolstered by a strong performance in the fourth quarter, in which they gained 11 new clients, offset by a loss of 5. 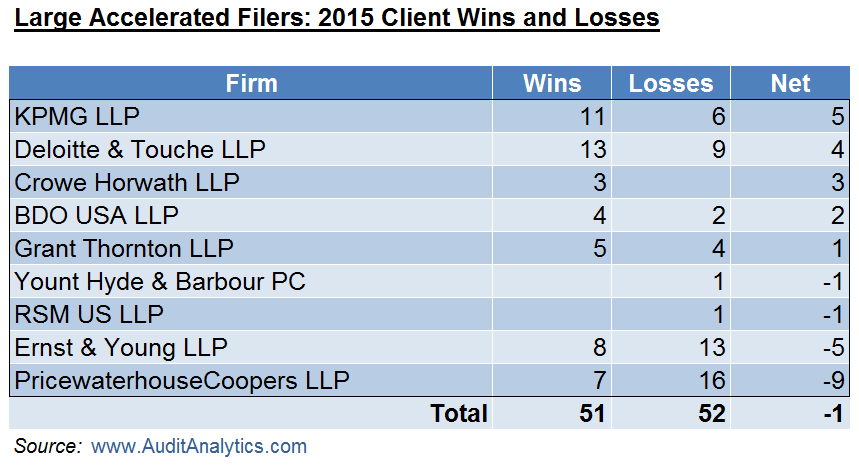 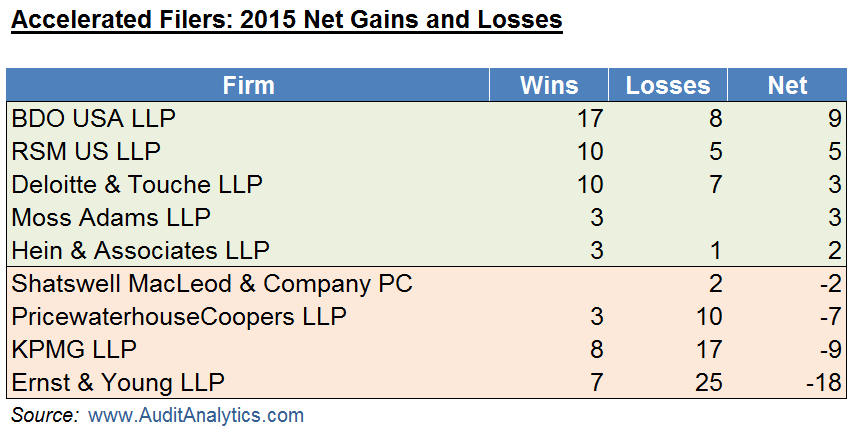 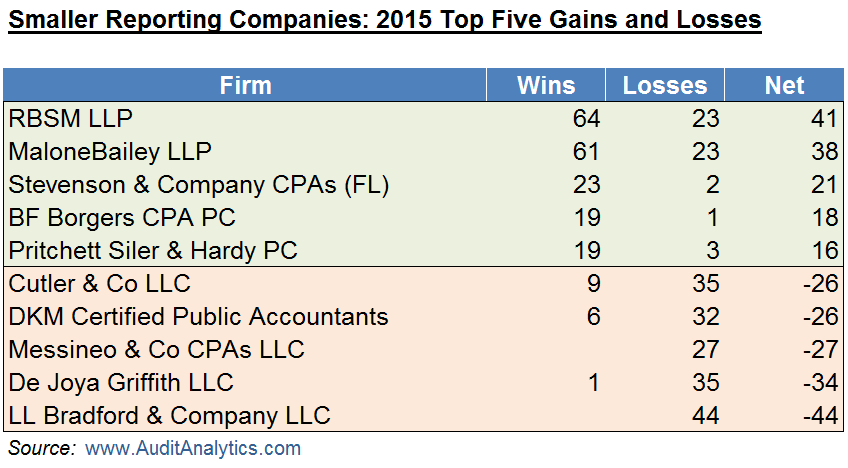