Four law firms strengthened their position in the initial public offering segment this past year, widening their market share from 50% in 2014 to about 57% in 2015. While the overall number of S-1 IPOs declined (from 242 in 2014 to only 162 in 2015), the top law firms acting as the lead representative for the company, or as an adviser involved in the offering, consolidated.1

As we previously reported, in 2013 and 2014 four law firms were involved with roughly 50% of all IPOs, with the remaining half split among a couple dozen other firms. Last year, however, the market share of the top 4 firms increased to 57%; at least one of the top four firms was involved in 92 separate IPOs. 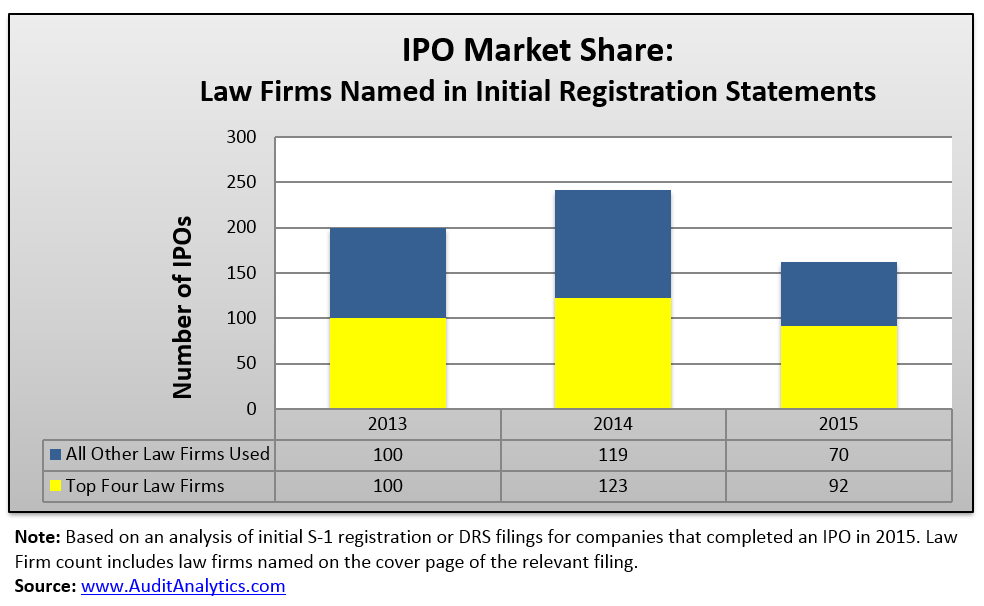 Once again, Latham Watkins led the way. Along with Cooley and Goodwin Procter, these three firms represented the largest number of IPOs over the last three years. 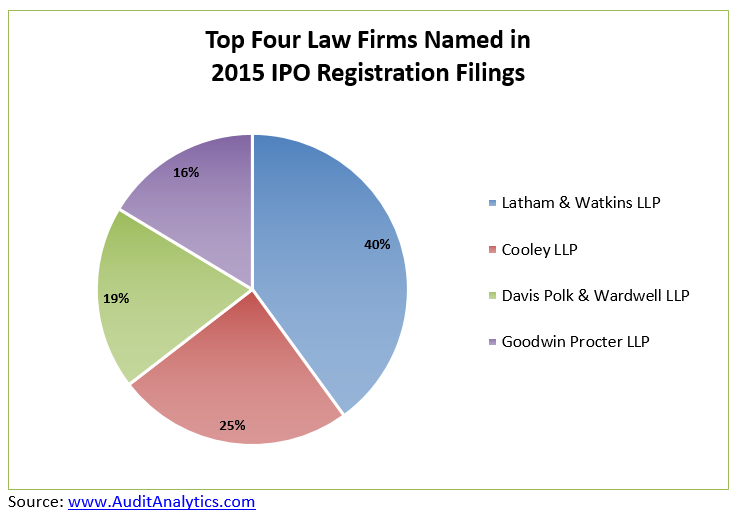 The vast majority of IPOs involve more than one law firm. In 2015, only four companies used the assistance of just one firm for their public debut. Of the total completed IPOs, 92% used at least two law firms. One company, SteadyMed Ltd., used five firms – the most used by any IPO company in the last three years. The five firms included US-based Cooley LLP and Torys LLP, and three other law firms from Israel. The company itself is based in Israel and uses an Israel-based audit firm to audit its financial statements.

Audit Analytics is a leading provider of audit, regulatory, and disclosure intelligence. Our clients, including global and national accounting firms, top law firms, universities, and regulators, use our data for market intelligence, risk monitoring, business development, benchmarking, and trend analysis. For more information, please contact us at 508.476.7007 or by email atinfo@auditanalytics.com.

1. The research in this post is based on an analysis of the cover page of the last, pre-effective prospectus on record. Only companies that filed via an S-1 were included.↩