Of more than 600 companies included in the major large and mid-cap indices in five of the largest countries in Europe, over 98% are audited by one of the Big Four. The remaining 1% were audited by either BDO or Grant Thornton.

For this post, we looked at the fiscal 2017 audit opinions for companies from a selection of large and mid-cap indices in the United Kingdom, Germany, Italy, Spain, and the Netherlands. The indices we included are the AEX 25, AMX 25, DAX 30, MDAX 50, FTSE 100, FTSE 250, FTSE MIB, FTSE Italia Midcap, IBEX 35, and the IBEX Medium Cap.

First, let’s take a look at the Netherlands. The Big Four audit each of the companies included in the AEX 25 and AMX 25, with Deloitte, EY, and KPMG pretty much neck-and-neck for the most clients. 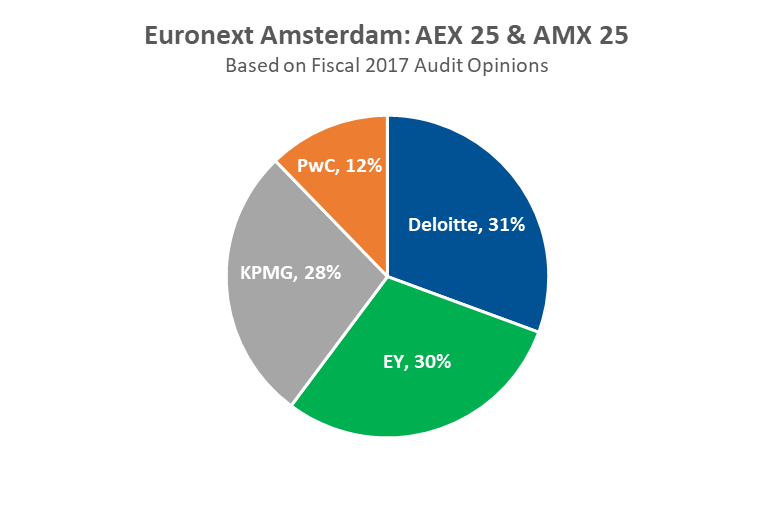 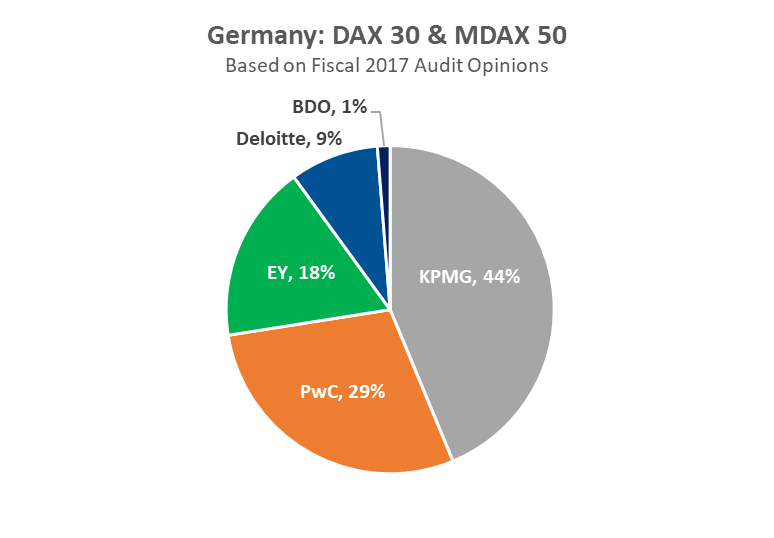 BDO makes an appearance here, auditing one company – Deutsche EuroShop AG (DOLPF). The rest were audited by the Big Four, with KPMG leading the way.

When it comes to the United Kingdom and the London Stock Exchange, the FTSE 100 and the FTSE 250 comprise the largest number of companies. 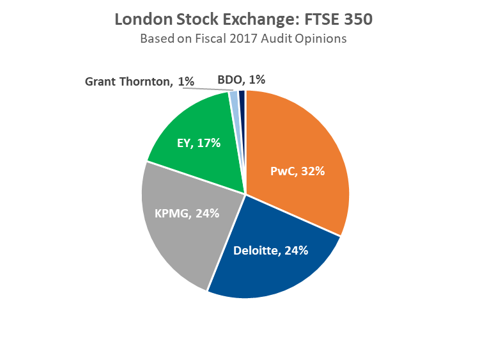 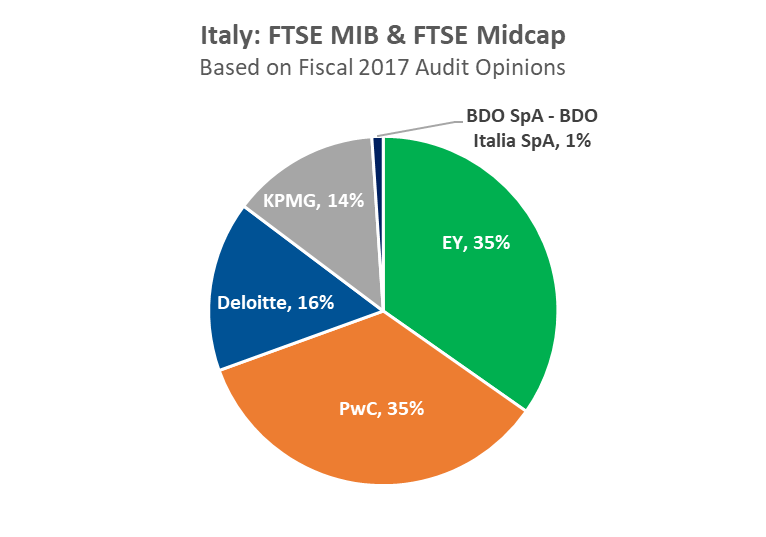 The Big Four audit 99%, with EY and PwC tied for the lead. BDO audits one of these companies, namely Banca Generali (BGN).

Lastly, we looked at Spain and the IBEX 35 and the IBEX Medium Cap. The Big Four audit all of these companies, with Deloitte taking the lead. 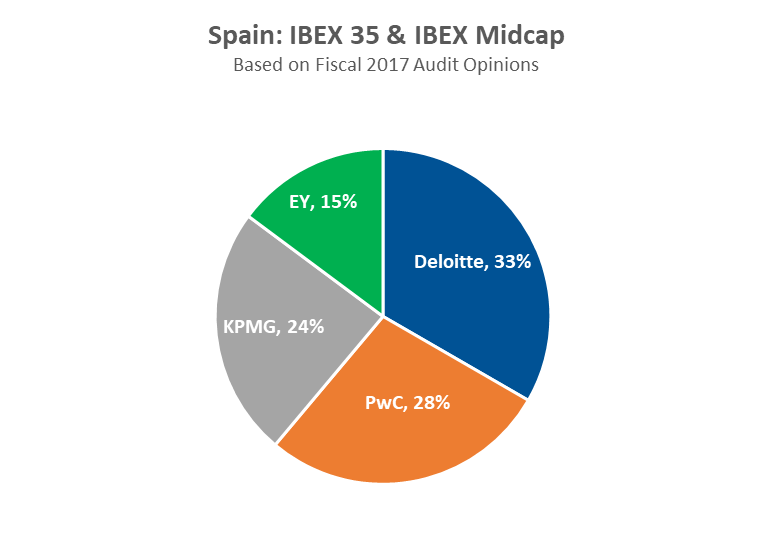 As one can see from the data, each of the Big Four has a competitive advantage in at least one of the countries. Altogether, PwC has a small lead over the other firms auditing 30% of the total companies in these indices thanks to the firm’s advantage in the FTSE 100 and FTSE 250. 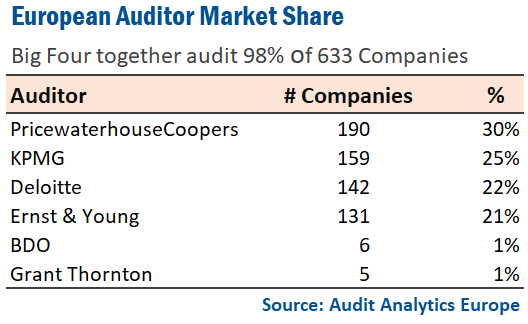