In the last year, the population of this SEC registrant analysis has decreased from 6,460 registrants to 6,167, a difference of 293 companies, or 4.5%.

The continued contraction in the number of smaller companies helped the top 10 firms that audit public companies increase their relative market share, growing by almost one percent in comparison to last year’s top 10. The Global Six (Deloitte, Ernst & Young, KPMG, PricewaterhouseCoopers, BDO and Grant Thornton), together with Marcum, MaloneBailey, RSM, and Crowe Horwath audited over 62% (3,844) of the 6,167 public registrants.

Non-accelerated filers experienced the largest population decrease, almost a 12% drop (66 companies) from the prior year. Of the 477 Non-Accelerated Filers, the Big Four together with BDO, RSM, and Grant Thornton, audited the most number of companies for a total market share of approximately 63.5%. The remaining 36.5% is shared by 70 other audit firms. 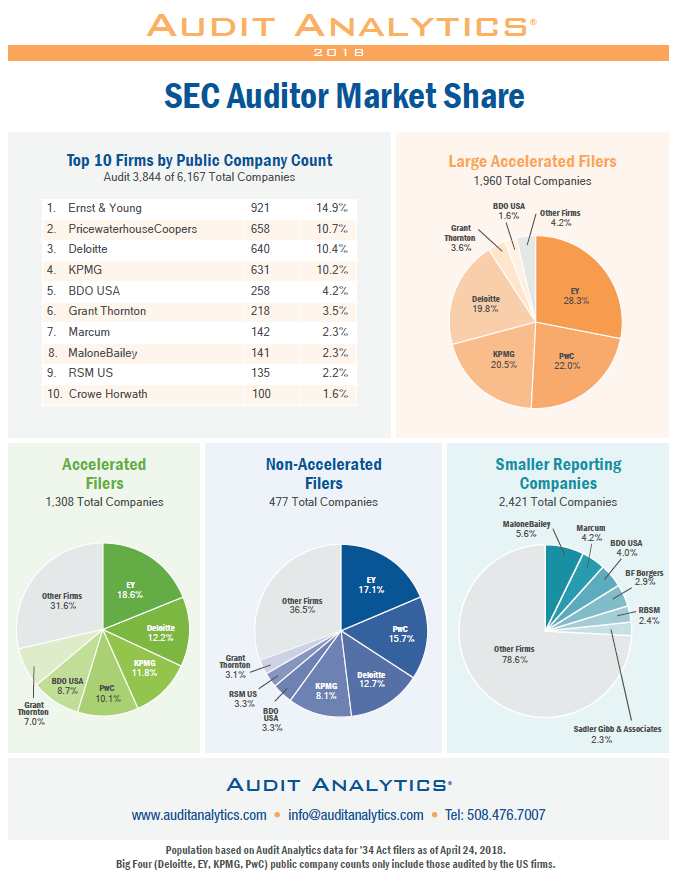 For an online demonstration or for more information, email info@AuditAnalytics.com or call (508) 476- 7007.