Audit Analytics’ recent report IPO Trends and Statistics – Evidence the IPO Market is Thawing, examines IPOs listed on U.S. stock exchanges from 2000 through the first quarter of 2018 and explores reasons behind the trends.

Although the IPO market has been slow over the past several years, we are beginning to see signs of increased activity. In the first quarter of 2018, there were 60 initial public offerings, the highest since 2014 and second highest over the last ten years. 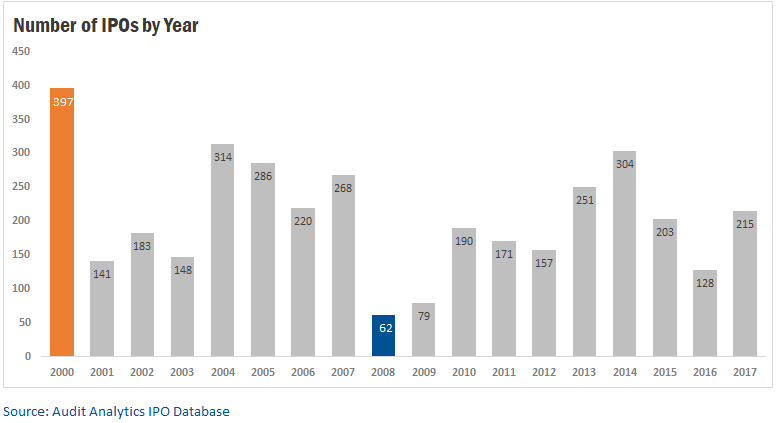 Key highlights from the report include:

Several factors, including regulatory efforts and improving market conditions, played a role in the thawing IPO market. While our report primarily focuses on years 2000 through the first quarter of 2018, the improved trend continued into Q2 of 2018.

Subscribers can login and download the report from our website. All others can purchase the report here.

For more information on subscription pricing, call us at (508) 476-7007 or e-mail info@auditanalytics.com.