Environmental, social, and governance reporting has been around for quite some time, but engagements with independent assurance agencies have started to become more common only in the last few years. The chart below shows the number of audited (or attested) ESG reports by year. The number of such engagements more than doubled from 2011 to 2013, which underscores the recent increase in interest in this issue, especially among US companies. Some companies – such as UPS – have even engaged multiple agencies to review different sections of their reports. 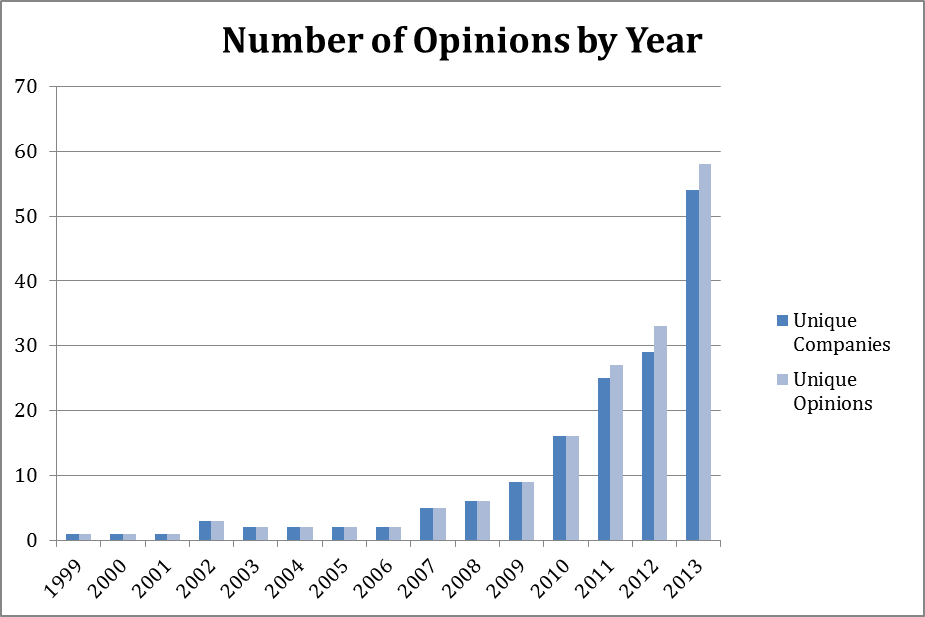 ERM began performing public company ESG engagements in 2000, when it reviewed the environmental, health, and safety data of Baxter International’s 1999 Sustainability Report. Bureau Veritas also began with Baxter International, reviewing its environmental, health, and safety data, as well as the Supply Chain and Product Responsibility sections of the company’s 2010 report.

Bureau Veritas, ERM, and three of the Big Four were among the leaders in ESG engagements in 2013. They were also joined by two consulting companies, DNV Certifications and Lloyd’s Register. DNV was new to the scene in 2013, while LRQA tripled their number of clients from the year before. 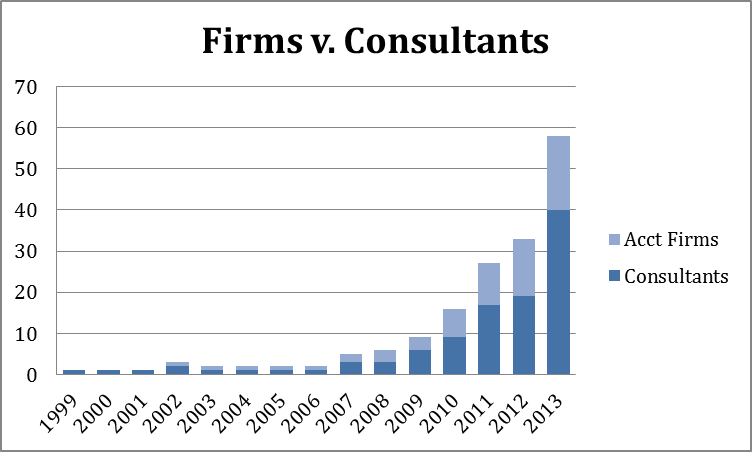 There is also more diversity in the consulting groups conducting ESG attestations. 29 different consulting groups have signed a public company ESG attestation, as opposed to just 6 auditing firms. This may be due to concerns of auditor independence: of the 63 engagements conducted by audit firms, 31 have been by an audit firm other than the primary firm engaged to audit the company’s financial statements.

The recent trend, coupled with the fact that 282 companies released ESG reports in 2013 with no independent opinions, signals that there should be a lot of opportunities in the ESG services market for accounting firms and consulting groups in 2014.  It will be interesting to see if accounting firms are able to regain some of the market share, or if consulting groups will continue at the 2013 pace of adding clients.