Financial statements are based on certain assumptions – known as accounting principles – that can have a large impact on presentation and comparability. For instance, one company might count inventory using the first-in-first-out (FIFO) method, while another in its industry uses last-in-first-out (LIFO). This contrast in accounting policies can lead to significant differences in the two companies’ financial statements.

When publicly traded companies (registered with the SEC) make a voluntary change in on of these accounting principles, they are generally required to obtain a “preferability letter” from their independent auditors. In the letter, the auditor states that the change in principle is in accordance with Generally Accepted Accounting Principles; essentially, that the new policy is preferable to the old one. The letter typically includes its own description of the change in accounting principle as well. 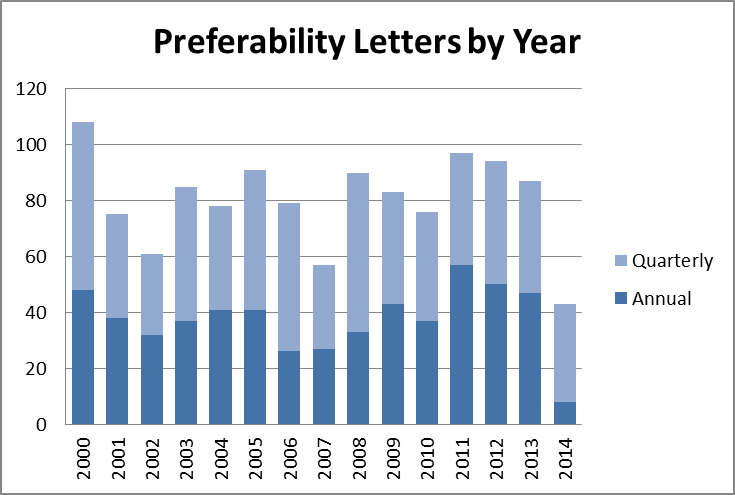 As one can see in the chart below, letters relating to the impairment measurement date began appearing in 2003 and have exploded in number, accounting for over 40% of letters filed in four of the last six years. This trend prompted the SEC to make a statement at the AICPA Conference on Current SEC and PCAOB Developments in December, advising companies to file preferability letters for impairment measurement date only if the change in principle is material. 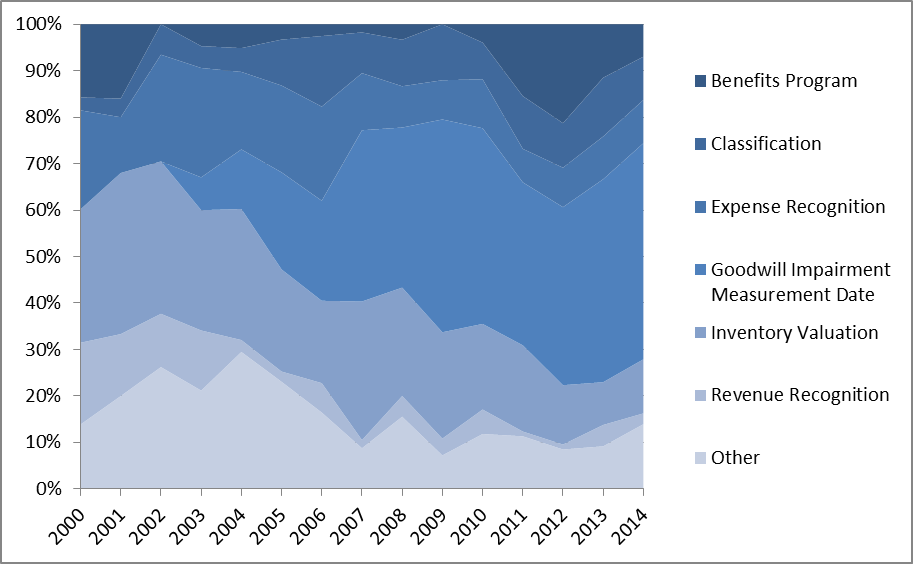 The second most commonly cited reason for preferability letters has been changes related to Inventory Valuation. Interestingly, a large number of companies have been abandoning the LIFO method in favor of FIFO or Average Cost accounting methods. As seen in the table below, 178 companies moved away from the LIFO method, and 149 switched to FIFO.