Since the PCAOB first started disclosing it, the total number of accounting firms registered with the regulator to perform audits for public companies has been a dynamic metric. For various reasons, the number of registered firms has waxed and waned. One clear contribution to the current waning period, however, would appear to be the vibrant merger and acquisition activity. The trend in mergers and acquisitions has increased steadily since 2006.

Let’s take a closer look at this trend.1 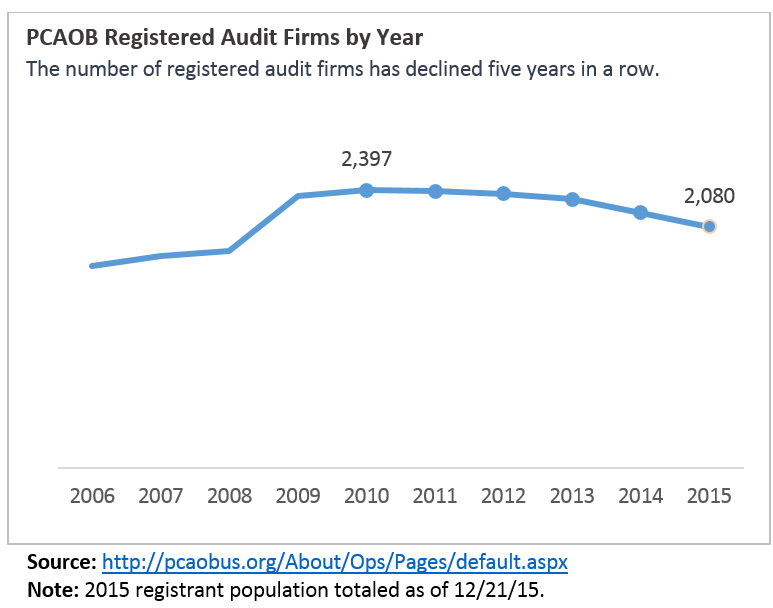 Our own estimates indicate a further decline during 2016 that exceeds 100 firms, further diminishing the population to fewer than 2,000. What factors may have come into play to initiate this downward trend in registrations?

The following are three factors that may account for much of the declining participation in the registrant roster:

Interestingly, the increase in audit firms requesting to withdraw their PCAOB registration beginning in 2010 is appreciable, if not necessarily significant. For example, Habif Arogeti & Wynne disclosed that they were resigning from the audit of Intelligent Systems because:

It’s also worth pointing out that the population of SEC registrant companies has likewise been decreasing. But it appears that the most influential factor has been an acceleration in mergers and acquisitions among the PCAOB registrant population.

To determine the effect such mergers and acquisitions have on the PCAOB participation trend, we look to those targeted audit firms who had a PCAOB affiliation either prior to or until the effective date of the M&A. 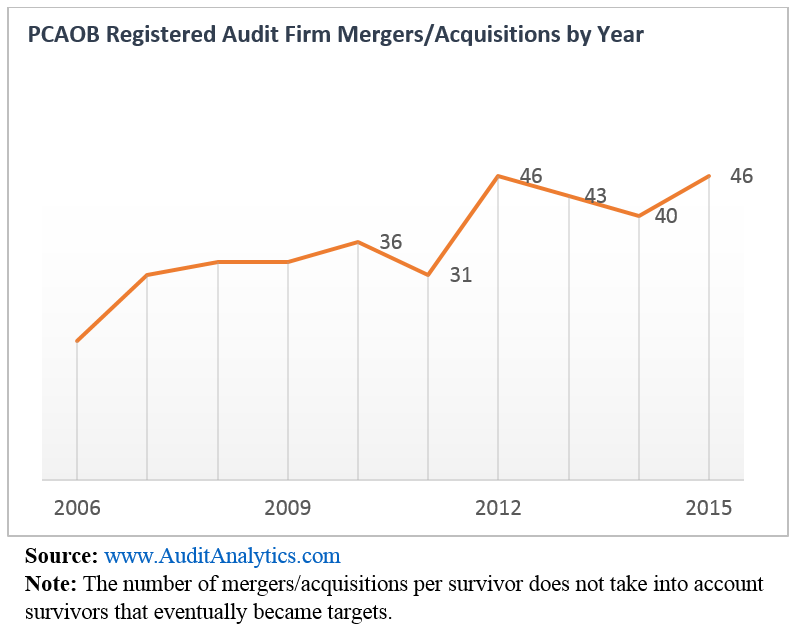 A steady increase is apparent since 2006, with some spikes and dips. But in 2012 there was a 50 percent jump from the previous year (2011) in the number of M&A events involving at least two PCAOB-registered firms. Since then, these events have averaged about 44 a year. It’s a safe bet that as a net result fewer firms are increasing their slice of the public company engagements pie. This might not be surprising; such industry consolidation is occurring in many industries across the globe.

While a majority of audit firms were involved with only one M&A of another firm, 15 firms completed at least five or more. One firm in particular, BDO USA LLP, has been very active. 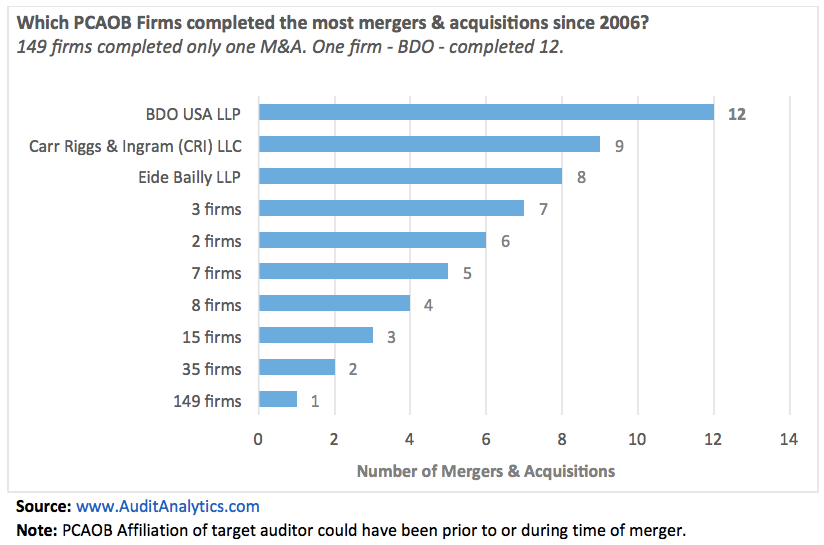 On February 3, 2016, in a published discussion of “The State of the M&A Market” in the accounting industry, Accounting Today noted that the deals just keep coming. With eight completed and anticipated mergers of PCAOB affiliated audit firms already announced this year, there are few signs of a slowdown.

1. For purposes of our report, we omitted the first three years of PCAOB  numbers reported.↩