Following up on our recent look into the auditor market for smaller public companies, we now turn again to the market for large public company audits. As with their smaller counterparts, very little has changed since our last analysis.

102 other firms split the remaining 13.6% of the market of larger public company audits. As we noted with the smaller public companies, the market for audit services becomes exponentially more competitive as companies get smaller. 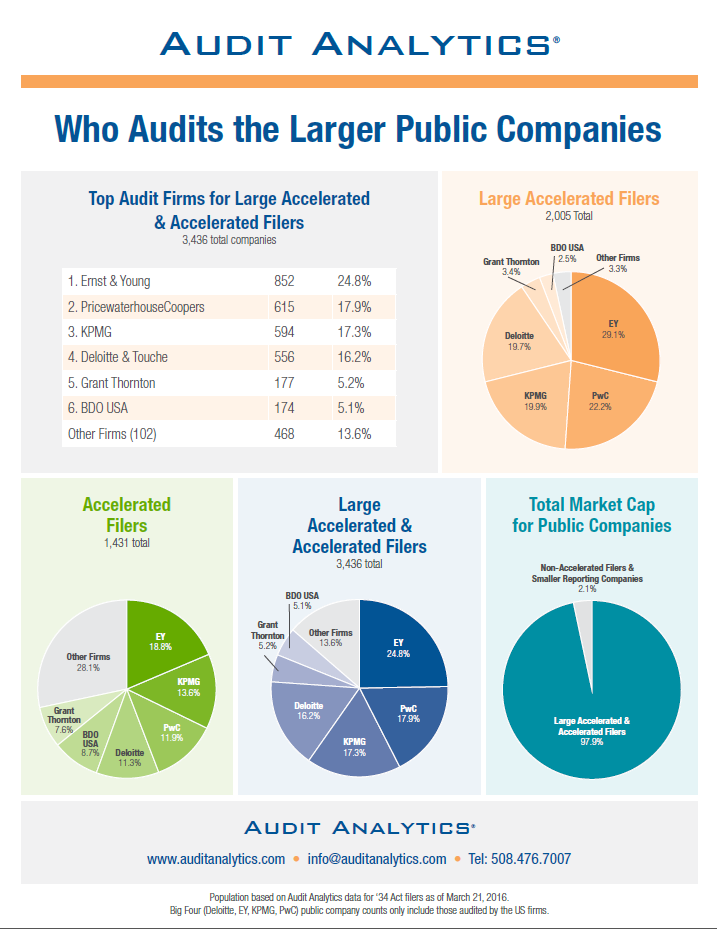 In our last analysis, the Big Four had 79.7% of this market, the Global Six had 88.9%, and 97 other firms competed over the remaining 11.1%. Overall, as of this most recent analysis, the Big Four lost about 3.7% market share, while Grant Thornton gained 0.1% and BDO – the big mover in this analysis – gained a full percentage point, an increase for them of 25%. Further, a larger piece of the pie went to firms outside the Global Six, from 11.1% to 13.6%.

Despite the increases and decreases in the percentage of filers for all of the Global Six, the relative position of each firm remained static.

Interestingly, the total number of Accelerated & Large Accelerated Filers increased over 10%, and these companies now represent 97.9% of the total Market Capitalization of US public companies, up from 96.8% as of our last analysis.