With the release of our 2014 Going Concerns Report, we add yet another year of data to what is now a fourteen-year review. The data shows that the number of audit opinions containing modifications related to uncertainty about a company’s ability to continue as a going concern has dropped for the fifth straight year, to what is now the lowest total among the years under review. While this may seem like a positive trend, further analysis is required to reveal more of the picture. 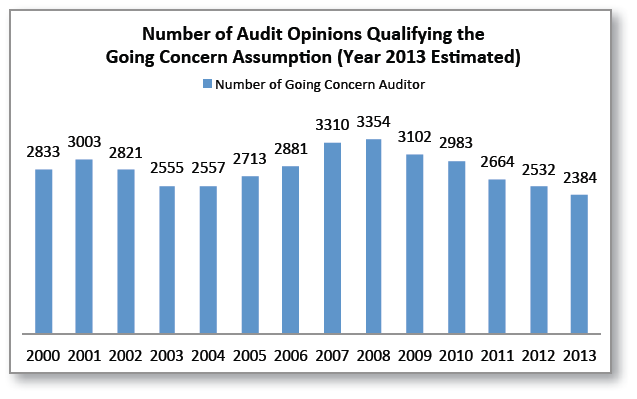 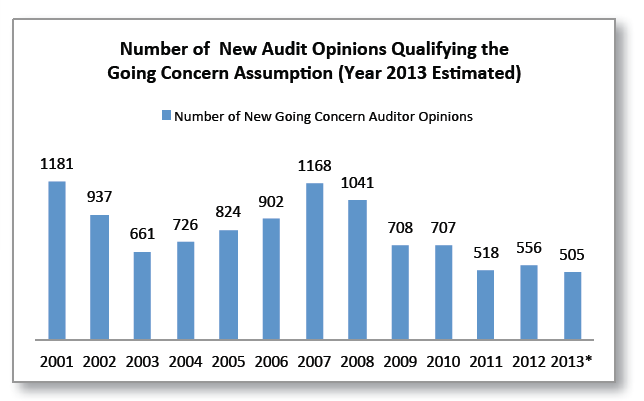 While the numbers of both new and total going concern opinions are down, another perspective to consider is the way in which companies shed their going concern status. It is not unusual for a company to file a going concern opinion in one year, but not in the next. Such a situation arises for one of two reasons: either the company’s financial conditions improved enough to merit a clean opinion in the subsequent year, or conditions deteriorated to the point that the company failed to file any opinion at all. 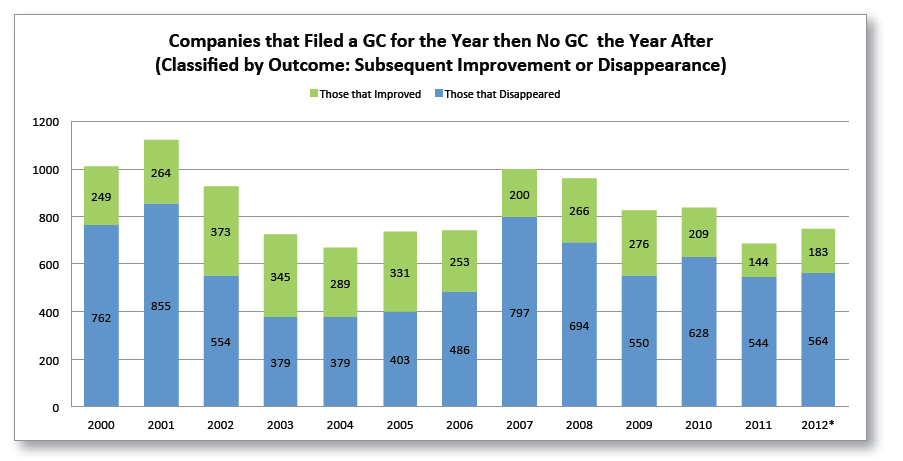 Looking at the data from the most recent available year, 183 companies filed a going concern opinion in 2012, but then improved enough in the following year that they were able to file a clean opinion in 2013. While this is an increase in the number of improved companies from the prior year, it is still the second lowest number in our study. The last three years have been particularly low in terms of companies shedding their going concern status: a sign that companies with going concerns continue to face difficulties.

Please click here to purchase the full going concerns report (free to subscribers) or contact us for more information.