Larger companies are leading the pack when it comes to implementation of the new 2013 COSO Framework, according to analysis by Audit Analytics and Protiviti. Data gathered from 2014 annual reports shows that over 80% of large accelerated filers disclosed using the 2013 Framework in their 2014 Internal Controls of Financial Reporting (ICFR) assessments.

But smaller companies, especially those not required to obtain an auditor opinion for their ICFRs, are lagging behind. 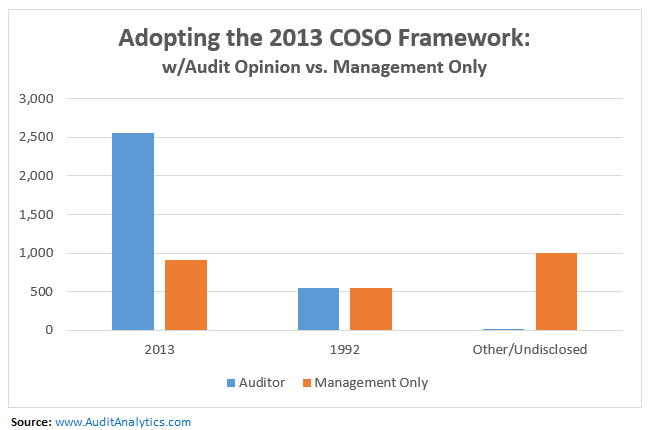 Further, over 40% of management-only ICFR filers neglected to disclose which framework was used, compared to less than one percent of filers that had an audit opinion. 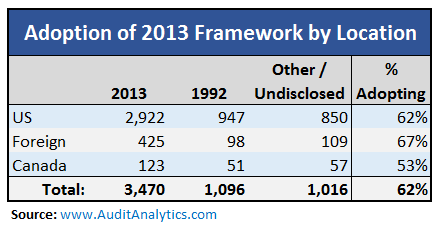 The transition to the new framework is still in its early stages, but the signs are good. Although the SEC has not explicitly required companies to adopt it, there is a consensus that adoption is a de facto requirement. Most accelerated filers and large accelerated filers made the transition during fiscal 2014, and 2015 is sure to see more, with smaller filers following their lead.

Note: The analysis above is based on companies with a fiscal year after December 15, 2014.