Over the last several years, our subscribers have asked us to expand our tracking of auditor market intelligence to the Canadian market. We now have over seven years of audit fee data for Canadian filers, and we are happy to announce that our inaugural Canadian Audit Fees and Non-Audit Fees Report has just been published. Subscribers can download the report here. If you are not a subscriber, please contact us for more information about the report.

Highlights from the report are presented below.1 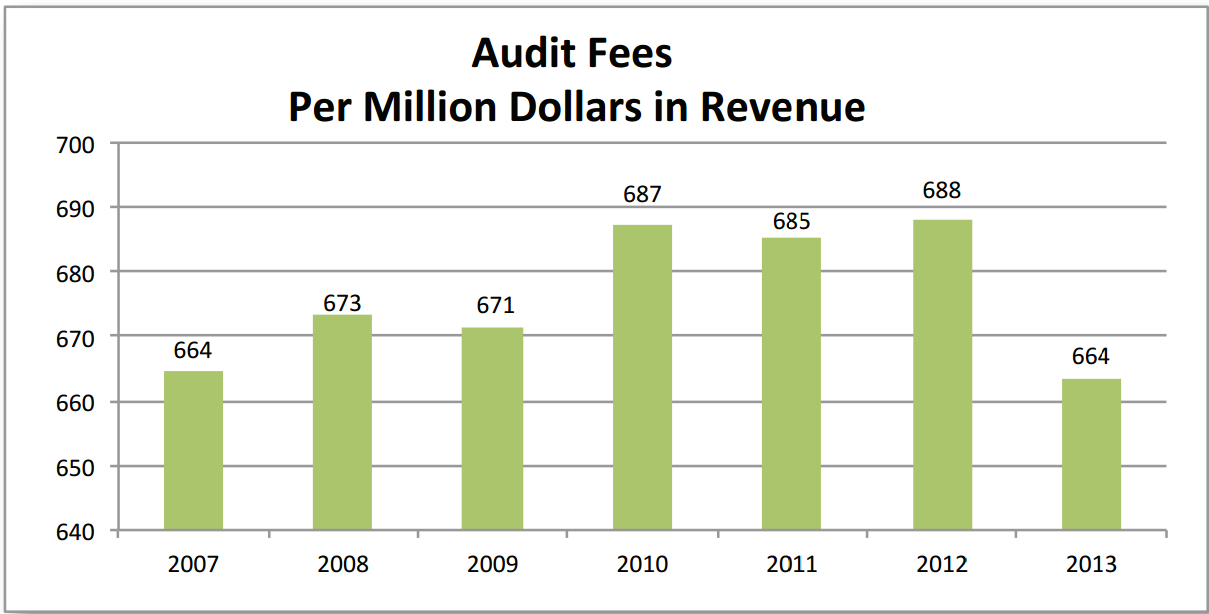 We hope that you will take a look at the full report, which contains further research and analysis. Additional data sets available for Canadian filers include Auditor Changes, Audit Opinions, Financial Restatements, and we will soon be launching a database of Control Assessments. For more information, please contact info@auditanalytics.com.

1. The highlights in this post are based on a subset population of 881 companies that disclosed audit fees every year since 2007 and also had positive revenue during that time period. For research on a larger population of over 2,000 Canadian companies, please see the full report.↩