Audit Analytics annual report, 2016 Going Concerns – A Seventeen Year Review, is now available. This report, which looks at going concern opinions over the last seventeen years, analyzes going concern totals and percentages of total opinions by year with a further breakdown of new and repeat going concerns, as well as the issues which undermine these assumptions.

An initial review of the data seemed to provide positive news but a deeper analysis reveals a mixed bag of indicators. At first glance, the results appear positive because they show a drop in both the number and percentage of going concerns. Yet, further analysis reveals that company attrition played a large role in the decrease of 123 companies from 2015 to 2016. 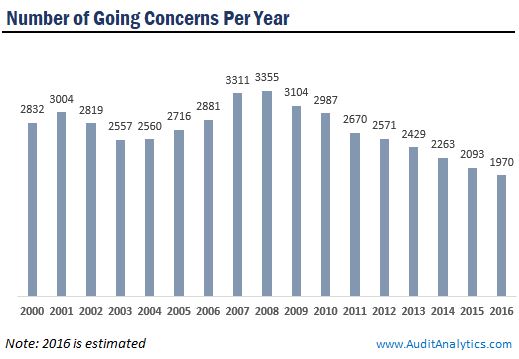 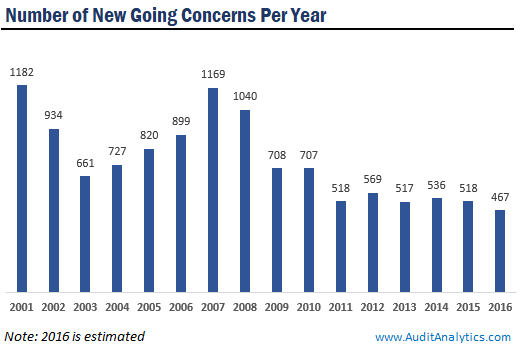 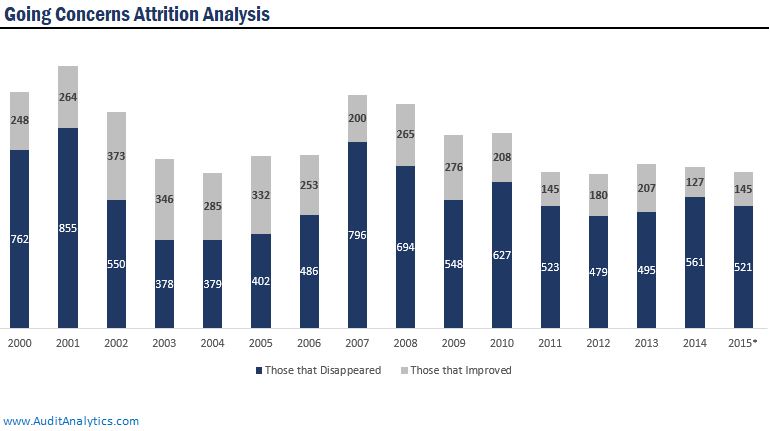 Purchase the full report here, or for more information regarding Going Concerns, please contact us at info@auditanalytics.com.