At this year’s Annual Meeting of the American Accounting Association (AAA) held in New York City, Jeanette M. Franzel of the PCAOB presented an update on trends and issues concerning the COSO framework and Internal Control over Financial Reporting (ICFR). The presentation covered issues and trends in ICFR assessments and related PCAOB inspection findings, providing an update to a similar analysis Ms. Franzel offered at last year’s AAA meeting in Chicago.

Making frequent use of Audit Analytics data, Ms. Franzel identified a mixed bag of results. Overall, certain findings indicated an encouraging improvement in ICFR auditing and reporting, but other findings continued to be of concern to the PCAOB board member.

According to the presentation, the level of audit deficiencies related to ICFR among the Big Four firms showed some improvement compared to last year, but, at 30%, the deficiency rate is still high.

When comparing the most frequent ICFR-related inspection findings from 2013 to 2014 for the Big 4, “selecting the appropriate controls to test (AS 5.39)” continued to show a troubling number of weaknesses. On the other hand, both “testing design effectiveness (AS 5.42)” and “testing the operating effectiveness of the controls (AS 5.44)” improved. As Ms. Franzel wondered, however, if an auditor does not choose the correct controls to test, then the auditor cannot even begin to test design and operating effectiveness properly.

Ms. Franzel also noted that the percentage of adverse ICFR opinions has increased consistently since 2010, and – consistent with prior years – that the vast majority of public companies and other issuers with restatements had “clean” ICFR opinions in that same fiscal year. 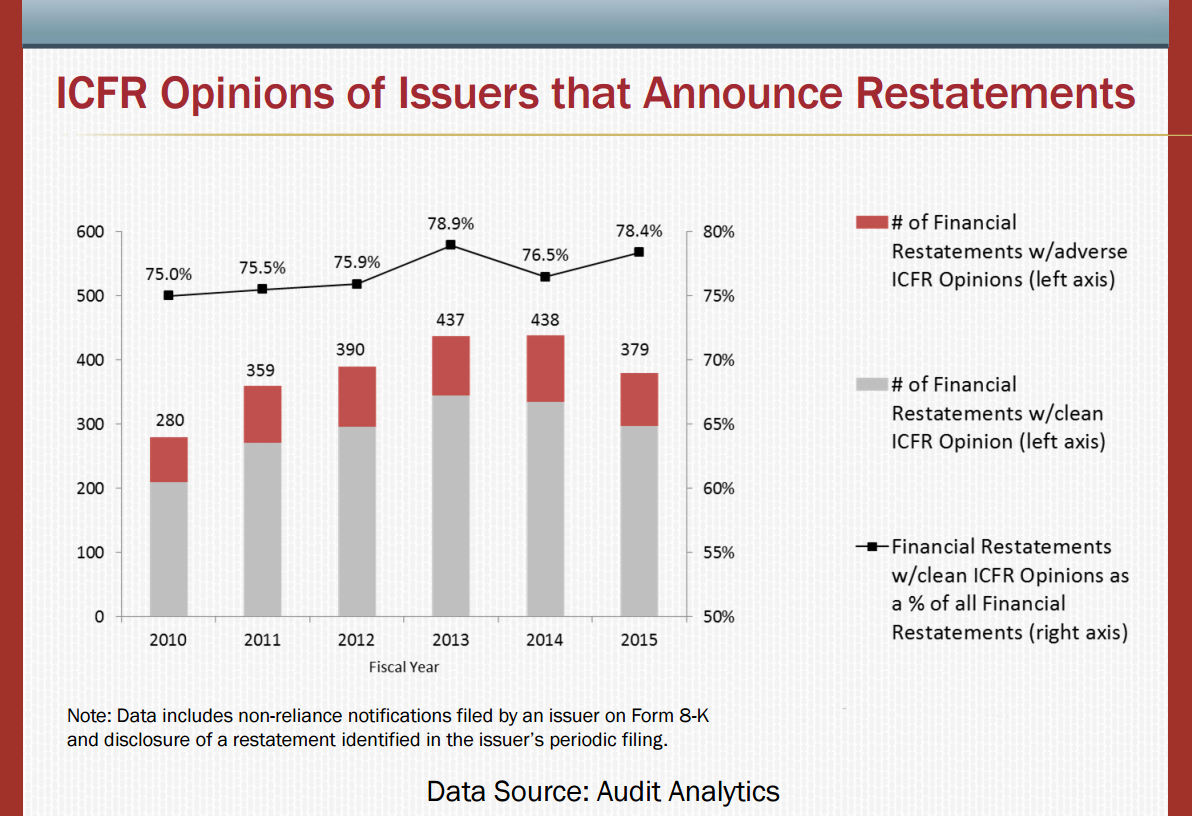 ICFR reporting continues to be an area of focus, and, while some concerns remain, there are, in the words of Brian T. Croteau, the SEC’s Deputy Chief Accountant, “encouraging signs that some ICFR reminders provided by SEC staff in recent years at this and similar conferences are being heard.”