With filing season pretty much done and dusted, we can all take a deep breath and relax (for a minute or two). One thing we like to do around here is have a bit of a laugh at some of the odd or unusual filings we see. This is Volume 2 of our compendium of out of the ordinary SEC filings.

Insider Trading
The SEC announced charges against an investment banker for disclosing merger and acquisition tips to a close friend… his plumber. In return for these tips, the banker received a remodeled bathroom and cash payments. In a scene seemingly straight from a B-movie, the cash would change hands by dropping a gym bag at a local marina where the two kept their boats. As Broc Romanek of CorporateCounsel.net put it: “It never ceases to amaze me how dumb some people on Wall Street are when it comes to insider trading.”

The SEC & Mary Jane
One marijuana company’s response to a recent SEC comment suggesting “it is not by accident that the company’s sole licensee to date is in Colorado,” aimed to clarify the SEC’s role in questions of law.

With all due respect to Ms. Marlow, Ms. Jenkins as well as the Commission, this proposed revision is simply ludicrous and the issuer respectfully disagrees with the legal rationale. First and foremost, it is not for the Corporate Finance Division of the SEC to suggest that this issuer “could be deemed” in violation of Federal Narcotics laws; rather, were that a concern at all, it would be one for the Department of Justice, and under their purview alone.

With all due respect, ludicrous indeed.

This discussion reminded us of another series of comments between the SEC and a different marijuana company that contained some colorful expression from the respondent.

In this comment letter (see comment 10), the SEC noted that the company’s 10-Q was not reviewed by their auditor. So the SEC told the company to amend its 10-Q to prominently display that the financial statements were “Not Reviewed”. They further instructed the company to file another amended 10-Q removing the “Not Reviewed” statements once the auditor finished its review. Lastly, the SEC told the company to consider the impact on their SOX 302 Disclosure Controls and Procedures of filing a 10-Q without the auditor’s review. (This could very well be a material weakness.)

To that, the company’s hilariously clueless response (emphasis added):

Further to our June 25, 2014 letter to you today and supplementing our response to comment 10, the Company believes the 8-K filed on May 20, 2014 and the 10-Q/A filed on June 6, 2014 provide adequate disclosure concerning the lack of review of the March 31 10-Q report by the Company’s auditor. Filing another amended 10-Q report at this time would only cause confusion. Ultimately, from an investor’s prospective [sic], the important issue is whether the information in the report is correct, not whether it has been reviewed by an issuer’s independent accountant.

D&O Changes
This director retirement case offers an interesting technical question, which doesn’t appear to have been settled by this series of comment letters.

After a company’s press release announced a departure of one of its directors due to its mandatory retirement policy, the SEC requested the accompanying disclosure of an 8-K Item 5.02. (Companies are required to report director and officer changes within four business days using Form 8-K.)

The company, however, argued in response that the filing requirement does not apply in this case.

Response: We have reviewed Compliance and Disclosure Interpretations 117.01 and 117.15 and believe they do not apply to our facts because our director has not retired, resigned, or refused to stand for re-election. Under the company’s Director Retirement Policy directors are required to retire on the day of the annual meeting that follows their 72nd birthday. As a result of reaching his 72nd birthday, Dr. George Milne will retire from the board on May 5, 2016, the day of this year’s Annual Meeting, and the company has not nominated Dr. Milne for re-election. Dr. Milne has not tendered his resignation or retired, however, and will serve out his term until it expires at the Annual Meeting. The company believes this situation is addressed by Compliance and Disclosure Interpretation 117.04 (referring to a director not being nominated for re-election) and that there is thus no requirement to file a Form 8-K. The company notes that Dr. Milne’s retirement was disclosed in the company’s proxy statement filed with the SEC on March 15, and the company will disclose, as it has in the past, the election of directors on Form 8-K following the Annual Meeting in May.

It is interesting that the company argues that Question 117.15 doesn’t apply, despite the fact that it specifically addresses mandatory retirement age.

Question: If a company has a corporate governance policy that requires a director to tender her resignation from the board of directors upon the occurrence of an event — such as reaching mandatory retirement age, changing jobs or failing to receive a majority of votes cast for election of directors at the annual meeting of shareholders — when must a company file a Form 8-K under Item 5.02(b)?

Answer: Under these circumstances, in which a director tenders her resignation only because she is required to do so in order to comply with a corporate governance policy, the company must file a Form 8-K under Item 5.02(b) within four business days of the board’s decision to accept the director’s tender of resignation. If the board does not accept the director’s tender of resignation — and thus, the director remains on the board — the company should consider informing shareholders as to whether and to what extent corporate governance policies are being followed and enforced. [June 26, 2008]

But the SEC did not apparently disagree with the company’s analysis, because the matter was closed without further comment.

Shareholder Voting
When shareholder attention and action is required, they typically receive mailed materials for significant company proposals. But what happens when shareholders don’t respond? Well, Columbia Threadneedle Investments for one is not going to just sit back and wait – they prepared a detailed phonecall flowchart to get those responses back. 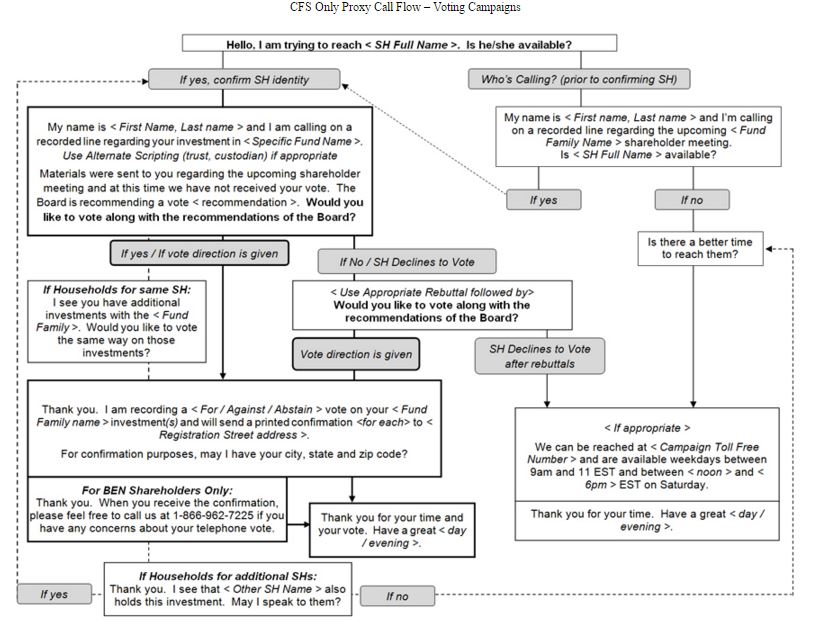 Employee Benefits
It’s not uncommon for companies to reward employees for longevity. After 10 years of employment, some companies offer gifts such as a watch. According to this D&O Change disclosure, one perk offered by Starbucks is a sabbatical, or, as they call it, a “Coffee Break.” This personal leave provides access to company benefits with the security of a job to return to. It isn’t paid, but apparently that executive was enjoying his time off so well that he decided not to come back.

Auditor Change
When a public company changes its auditor, it files an 8-K Item 4.01 to announce the change. The departing auditor typically submits a letter to the SEC either agreeing or disagreeing with the contents of that 8-K announcement. Those letters from the departing auditor are usually boilerplate, but not always.

Audit Analytics tracks SEC comment letters, auditor changes, D&O changes, restatements, and a wide range of audit and regulatory disclosures, with the ability to create daily email alerts for new disclosures by industry, auditor, location, and more. In addition to these and many other databases, we also offer qualitative red flag alerts for due diligence and risk assessment. Please contact Audit Analytics for an online demonstration or to learn more about these data sets. You can call us at (508) 476-7007 or e-mail info@auditanalytics.com.