Over the past couple of weeks, we have offered an analysis of the audit firm market for both larger and smaller public companies. We now turn our attention to the market share for the whole population of US public companies.

Similar to our past analysis, the Big Four plus BDO and Grant Thornton constitute the top six firms used by public companies for audit work. While not very drastic, there have been some notable changes to the Top 10 firms.

McGladrey, which was eighth in the top 10 firms by public company count in 2014, has since rebranded as RSM, and dropped a spot to ninth. Crowe Horwarth, which was tenth, did not make the list this year, having been overtaken by the California-based firm Anton & Chia. Marcum bumped up a spot to eighth place with 1.9% of the market, a 36% increase from 1.4% in 2014. 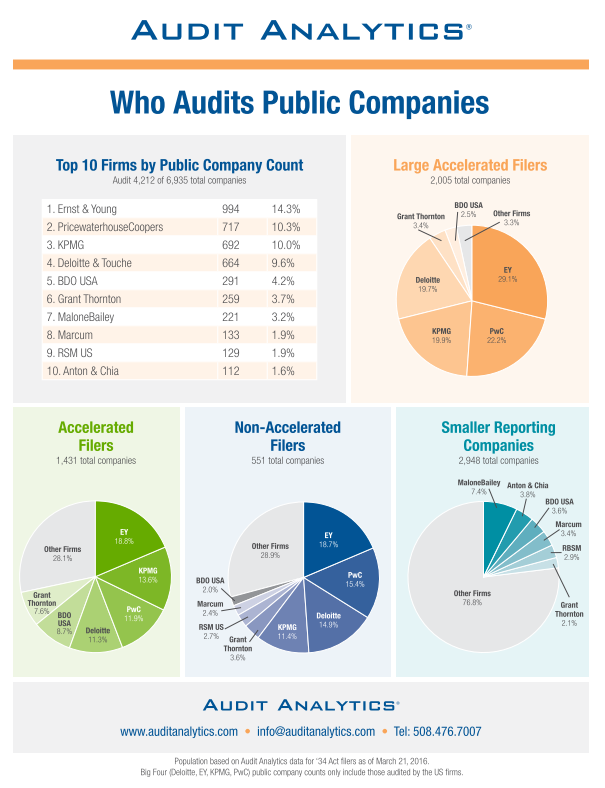