On April 5, 2012, President Obama signed into law the Jumpstart Our Business Startups Act (the JOBS Act). One objective of the JOBS Act was to improve the regulatory environment for small companies. For example, the JOBS Act liberated some small banks and bank holding companies (BHCs) from the obligation to file with the Securities Exchange Commission (SEC), which was supposed to reduce the compliance burdens for these companies.

In particular, the JOBS Act reduced the number of banks and BHCs that were required to file by amending Sections 12(g) and 15(d) of the Securities Exchange Act of 1934.

Since the JOBS Act was enacted on April 5, 2012, banks that utilized the deregistration option would be expected to do so during the second quarter of 2012 or soon thereafter. The graph below shows that many banks responded by deregistering. 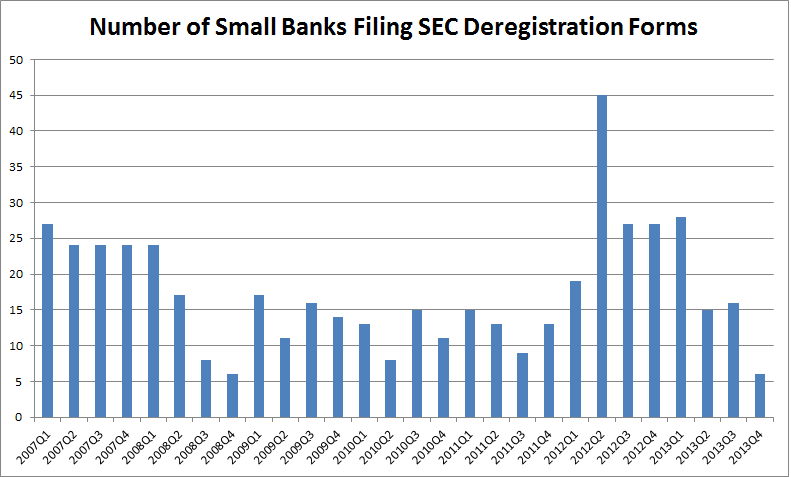 Note: The banks were indentified using the following combination of NAICS codes (digits starting with) and SIC codes.